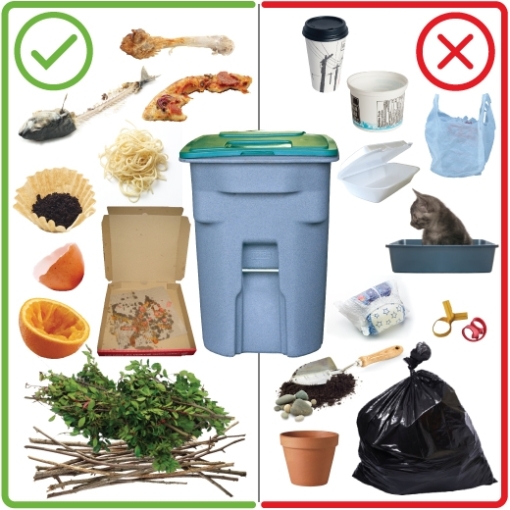 I knew it would happen, but it has been a long time coming! The City of Vancouver finally has real food scraps pick up!

Back in 2010, the City started picking up fruit and veggie trimmings. It was a great step, but something that was a) already easily served by our backyard compost bin and b) not made available to the apartment dwellers who don’t have backyards to compost in in the first place.

So this newly announced expansion means that meat, bones, dairy, cooked food, bread, pizza boxes, and paper napkins are allowed in the yard waste cart headed for composting. And better yet, the City doesn’t allow plastic bags of any kind (even the ones stamped biodegradable). They’re pushing you to line your kitchen bin with newspaper instead.

Of course, if we were all managing our food properly, we wouldn’t have much waste to compost, but it’s great to have an alternative for your fat trimmings and bones and the occasional fuzzy mystery at the back of the fridge. More details are on the City website.

Next up? Weekly compost pick up and biweekly garbage. Could you do it?

Filed under Around the house, food waste