First of all, I should let you know that I by no means follow “the rules” of the Clean Bin Project. I am, however, fairly conscious of the environmental and social impacts of my consumer choices, and fairly concerned about how much garbage I produce. That being said, there are some things I think are more important than packaging, and honestly, some plastic wrapped things I just love too much to give up (such as cheddar cheese and fair trade chocolate mmmmm).

I live in Ottawa, which sadly is miles behind Vancouver as far as recycling goes. We currently have a diversion rate of about 35%. Compare this with Vancouver’s rate of 52%, and Markham at 70%, and you see our capital city is in a bit of a pathetic state. (these stats are a couple years old, but if anything the gap has only widened) 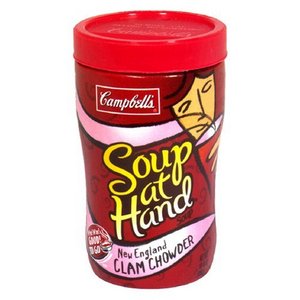 I live with two other students, who, despite much eyerolling, have obviously been affected by my recycling obsession (perhaps the trickle down effects of Jen and Grant’s project?). The other day my roommate Little Miss G came home with a load of prepackaged groceries, and proudly informed me that this time she checked that her individually packaged plastic soup cups were recyclable.

Much to her disappointment, I informed her that the symbol or number on the bottom isn’t really important; just because something is technically recyclable doesn’t mean that we can guiltlessly throw it in the blue bin. In fact, there is tons of “recyclable” stuff that the city of Ottawa doesn’t accept (some of which Vancouver does!), simply because there isn’t anybody in the area willing to actually process it.

Sometimes we get carried away with the action part of things and forget about the learning  and knowledge part. I don’t think the problem is a lack of concern on behalf of society – I really don’t find too many people who just flat out do not recycle. It’s just that they aren’t recycling the right things. Admittedly, this is a huge problem on the part of the city. People just don’t know what they can recycle and what they can’t.